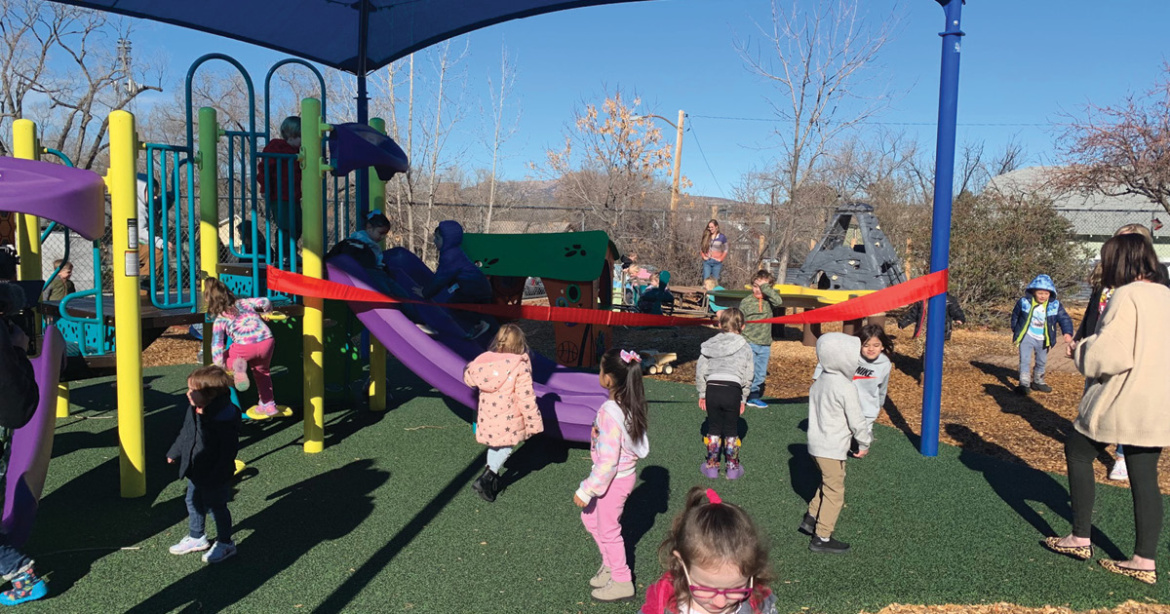 With those five words, David Hess, M.D., president, of the Jewish Community Foundation of Prescott, described his feeling about the Jan. 6 dedication of playground equipment at the Discovery Gardens Playground on the northwest side of Washington Traditional School on Gurley Street.

Hess and about 50 others — pre-school age children, parents, school officials, and townspeople — watched as Christine Resnick, foundation executive director, and playground supervisors officially cut the red ribbon to dedicate the playground made possible by a $64,700 donation by the community foundation.

“2022 couldn’t start better,” Resnick said. “Kids squealing, laughing, and interacting in a terrific outdoor setting that is safe and secure.”

Prescott Unified School District Superintendent Joe Howard told Prescott Living, “I can’t find words to express the appreciation we have for the Jewish Community Foundation. It has supported our schools through computers, labs, help with the curriculum and now this playground. We all have been positively impacted.”

The fenced playground has a large, covered area over slides, swings, climbing platforms, and other playtime equipment. Artificial turf and a rubberized surface will keep youngsters safe.